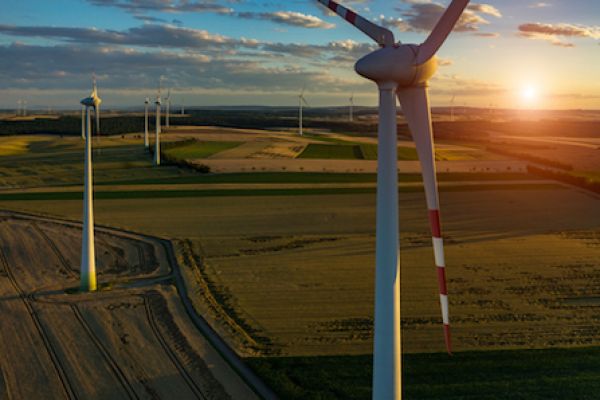 This unique region is an ideal location to live, learn and invest due to its:

Located in the southernmost region of the province, spanning west and central Alberta, this distinctive landscape is where the beautiful Rocky Mountains meet the sprawling prairies. Covering a land area of 15,466km2, southwest Alberta is home to two World Heritage Sites; Waterton Lakes National Park and Head-Smashed in Buffalo Jump. Mild winters and warm summers make up a unique climate well suited for solar and wind energy production. The region enjoys close to 2,400 hours of sunshine and 264 dry days per year, and is ranked the second highest in Canada days per annum for wind speeds above 40 km/h (24.9 mph).

One of the highest in the world, the quality of life in the region is standard of rural communities. Southwest Alberta is a vibrant recreational setting, containing multiple provincial parks, campgrounds, ski hills and hiking trails. Community values emphasize hard work and multiculturalism, due in part to the fact that one in six Albertans was born outside of Canada. Alberta’s exceptional health care system, publicly administered and funded by the Alberta government, is dedicated to ensuring all Albertans have equal access to the best medical services.

Southwest Alberta lies close to two of the most reputable post-secondary institutions in the province, The University of Lethbridge and Lethbridge College. Athabasca University correspondence courses are also made available across the province.

Southwest Alberta’s six major centres are: Cardston; Crowsnest Pass; Fort Macleod; Nanton; Pincher Creek; and Waterton Lakes. They range in size from 2,000 to 5,500 inhabitants, and the regional population is 36,749.

Alberta is strategically located in the growing western Canadian market, offering overnight or less than 24-hour delivery to a market of over 50 million consumers including the US Pacific Northwest. The southwest region is connected to a network of corridors running from north to south and east to west. The area is also within an hour’s drive of Lethbridge, an important regional hub for businesses.

With a vibrant and diverse economy, the southwest region of Alberta provides a number of investment advantages and opportunities. Over 1,900 businesses operate in this area of economic strength across the agriculture, natural gas, tourism, manufacturing and growing renewable energy sectors.

Businesses in the region benefit from a young, highly skilled and educated workforce. In 2012, 63.3% of the labour force aged 25 and over reported holding a university degree or post-secondary diploma and two-thirds of the region’s population is aged between 15 and 64.

Click here for an up-to-date and complete inventory of Alberta’s major capital projects.

Alberta has one of the most competitive tax environments in North America and fosters innovation through its pro-business attitude. It is the only province with no provincial retail sales taxes, provincial capital or payroll taxes, nor machinery or equipment taxes found in many other provinces and in the USA.

Alternative and renewable energy sources are an integral part of the Government of Alberta’s energy portfolio, with approximately 45% of Alberta’s electricity generation stemming from wind, hydro, biomass and natural gas cogeneration. Demand for energy has risen and is projected to continue rising given Alberta’s population growth of 1.4 million and an increase in peak demand of over 4,000 megawatts since 1996.

Specifically, the southwest region of Alberta places value in its thriving reserve of natural resources. To capitalize on and encourage sustainable growth in the industry, 38 local communities collaborated in the creation of the Southern Alberta Alternative Energy Partnership (SAAEP). SAAEP has supported more than $1.15 billion in new capital investment and industry development, published research on alternative energy systems and raised awareness of the region both nationally and internationally.

In 2013, The Climate Change and Emissions Management Corporation (CCEMC) provided $46 million in funding for eight projects in Alberta, which will reduce greenhouse gas emissions by more than 5 mega tonnes over 10 years.

Solar Energy
Exhibiting the highest amounts of sun across all of Canada, southwest Alberta has the potential to become a key driver in the supply of solar energy. With 2,400 hours of sunshine per year, and a mean winter temperature of -10 degrees (ideal for solar technology efficiency), the region provides an optimal climate for the production of solar energy. 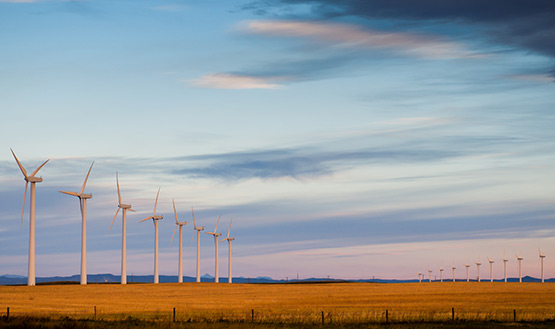 Wind Energy
Alberta has set the global stage as an example of excellence in incorporating wind generation into the power grid. Canada’s first wind farm was built in the southwest region in 1993, making it the birthplace of the nation’s wind industry. With the current development of the Southern Alberta Transmission Reinforcement Project, enabling up to 2,700 MW of new wind generation specifically in southern Alberta to connect to the grid, strong opportunities continue to attract investors to the region.

Bio-fuel
The Canadian biofuel industry has grown significantly over the past 15 years, however current yields account for only 2% of the global production of ethanol and bio-diesel. There is a tremendous opportunity for Canada, and particularly southwest Alberta, to become a global leader in the production of bio-diesel and bio-ethanol to meet global demand. 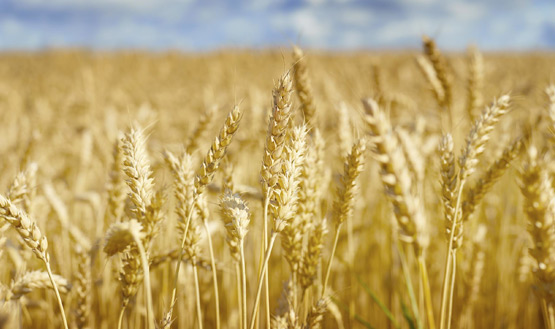 Bioenergy (biomass)
Bioenergy is derived from biomass, material made from living organisms. Further development will diversify the energy mix in Alberta providing significant carbon reduction, community development and environmental sustainability. The Alberta government is also supportive of the development of bioenergy infrastructure, having approved $195 million in grants since 2006.

Southwest Alberta supports existing, expanding and new businesses through its strategic network of 16 regional communities. Collaborative initiatives with each other, the City of Lethbridge, Lethbridge County, the University of Lethbridge and Lethbridge College encourage budding entrepreneurs while providing access to market and investment opportunities.

Alberta Investor Tax Credit (AITC): The AITC will support local small and medium-sized businesses to create jobs and diversify the provincial economy.  Starting in 2017, the AITC will offer a 30% tax credit to Alberta investors who provide venture capital to Alberta companies in several sectors including clean technology.

AMFI offers technical sessions, access to experts, access to resources, and networking opportunities all with the ultimate goal of moving a client's technology and innovations forward and build a more resilient, globally competitive manufacturing sector.